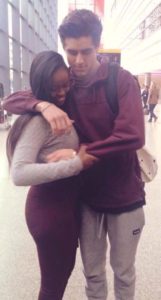 According to a 2010 census taken in the United States, African-American marriages are more likely to end in divorce than marriages of white couples. A Pew Research survey said that black men and white women divorces were twice as high as marriages involving two white partners.

What gives? Haven’t we learned by now that race is not a deciding factor? Why do the statistics give such a disappointing answer?

First, it’s important to realize that not all statistics are to be seriously, since they are not really reflective of the entire populace. While they can give insight into what is happening in the world, putting too much faith in one statistical finding is the equivalent of saying that because one stereotypical black person exists, it must be reflective of all black people.

That’s not the way it works. It’s important to read between the lines when we receive misleading data like this. For one thing, it’s not statistically accurate to compare black and white marriages to white couples, since white-white couples are by far the majority. There also a number of surprising statistics that reflected favorably on interracial marriages; marriages between African American women and Caucasian men had a lower chance of ending in divorce, even when compared to white couples.

What Does it All Mean?

Remember that in black women white men dating, a lot of people make mistakes and that’s speaking of just about every ethnicity or race on the earth! Some people have an interracial attraction, without actually having the desire or the endurance to pursue a marriage. And yet they still get married!

Maybe subconsciously they know the relationship is doomed so in a sudden act of romance, someone proposes. That’s a shaky marriage to start with and you have to figure a lot of these divorces happen simply because of incompatibility.

Now it’s also true that some couples will divorce because of stress. Still, it’s not really fair to compare the times of today—no doubt still plagued with subtle racism—versus generations ago, where interracial romance was potentially deadly.

We have come a long way and it’s important to note that America’s desegregation policies are still relatively new compared to other countries, which has been encouraging interracial romances for long periods of time. American civility is a work in progress for sure, but the results are promising.

It’s understandable why some black men and women get frustrated when their white partners seek them out solely because they WANT a stereotype. It’s a strange fetishistic attraction. Some white women are drawn to the idea of a gifted lover, even if the stereotype isn’t always true, while some black men think of dating white women as a prestige point.

Obviously, being immature about love in this way is going to end a relationship on a sour note. A marriageable partner is not anything like a good looking “fling” or someone you want to entertain for a night. A marriage is built on trust, kindness, forgiveness and support. All the angry emotions of fighting, arguing and telling racist jokes or believing stereotypes, and then having “make up sex”, is just too much negativity for a real romantic relationship to thrive.