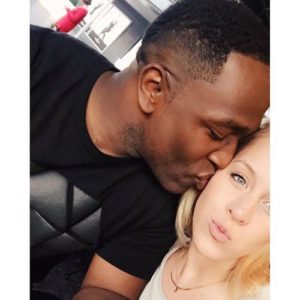 After all that we say about being progressive and being more accepting towards new ideas, a lot of us in the UK are still enmeshed in the roots of racism. By now we know how long a history racism has and what has come out of it, still, not many of us can accept someone from our own family, dating a person who belongs to another race.

Some of us might be lucky enough to have a family that accepts people from all walks of life, irrespective of whether they are white or black. But, a lot of families in the UK have inherent prejudices against people of color. We can say that it is almost like a “taboo” that cannot even be thought of as a possibility. All of this results from some of the most common misconceptions that people have about interracial dating. Here are some of those:

1. BIFURCATING RACE INTO TWO
We have to realize the fact that race does not always bring the image of persons who are either black or white. Your partner can also be Asian, or of an African-American descent, etc. So before you go on to make a statement or a decision in terms of dating across races, you should know the basic facts.

2. PEOPLE DATING INTERRACIALLY ARE REBELS
Dating outside your race does not necessarily mean that one has a fixed motive in their mind. Liking someone or falling for someone might happen without planning it or just in an instant. So, dating should be considered as a pre-planned activity that people do to rebel against their conservative parents or against the people of their race.

3. HAVING AN SWIRL RELATIONSHIP MEANS HAVING A GREAT SEX LIFE
This myth generates itself from the idea of the racial stereotypes that we have ingrained in our minds. People have all sorts of ideas about what African men want, or what white women want in bed. Everyone has their own preferences and their own comfort zone when it comes to sex. It is high time that we stopped making presumptions.

4. PEOPLE WHO DATE INTERRACIALLY DO NOT SUPPORT THEIR RACE
Some people feel that people who marry or date outside their race, actually maintain a sense of hatred against their own race. For black people the reason that is given is that they have faced racial discrimination throughout their life. They do not want their kids to face it and so, they want to date someone outside their race.

For white people, the reason is that, they do not like their own race because of the sense of superiority they maintain. None of these reasons work when we come to think about the actual scenario. Dating, all the time does not necessarily need to have a reason behind it.

These are the myths that need to be busted when we talk about interracial dating in the UK. Being a country that has mostly seen white population, some of which is extremely supremacist in nature, these kinds of myths are not rare in the UK. However, the soon we realize that it is time for a change, the better.