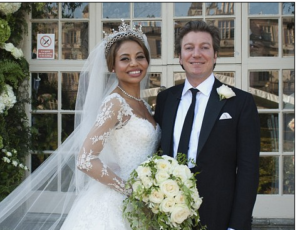 No two women are the same. Each woman is a unique individual with their own personalities and characteristics. When it comes to dating any woman, there is no rule book to follow. Sure, there are guidelines from time to time. But more often than not, there are going to be exceptions to the rules. And each woman is going to make their own exceptions.

So dating is complicated and confusing. This makes it all the more rewarding and fun! Dating becomes increasingly challenging when dating someone outside of your race. People from different ethnic backgrounds who have different coloured skin or different facial features quite often come together in relationship harmony. This union brings happiness, sure, but it also brings a new set out boundaries.

If you’re lucky enough to be dating a black woman, there are a few things you want to keep in mind. These aren’t strict rules, but can certainly be pointers in the right direction of bringing a smile to her face!

Don’t use race to justify anything

Ok, the girl you’re dating knows that she’s black. She can take a look in the mirror and figure that out. You want to avoid using the colour of her skin to justify any cool things that she does. For example, the line “you’re so smart for a black girl” isn’t going to fly well. Statements like these are micro-aggressions, where you go for a compliment but it is in a backhanded insult form. Just focus on her talents, not her skin colour.

Accept her as an individual

Like any woman, a black girl doesn’t want to be lumped into a category. Granted, she belongs to a specific race of people, but she is much more than this. So coming out with statements like “I love when black girls do that” or “all black girls dance so well” is racial stereotyping, it’s not complimenting her. Her skills and talents aren’t derived from her being black. They are because she’s worked hard as an individual.

Don’t make her a fetish

Black women are well aware that dating someone of colour has become some sort of societal fetish. Don’t make out to her that she falls into this category for you. If you’re just going around collecting black women like trophies, you should probably stop that not. There aren’t many black woman who appreciate that.

Be true to yourself

You don’t have to be anyone different just because you’re dating black woman or dating black lesbians. Being genuine on a date gets you much further than acting like someone else. If you’re nervous about dating outside your race, she probably is as well. You’ll impress her much more by being true to your own values and your own racial upbringing. Don’t go acting like a black guy to try and fit in with her race – that’s just going to be awkward and embarrassing for both of you!